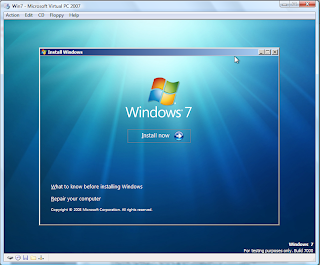 First off, let me say I do HAVE Vista on my laptop and find it very annoying compared to Windows XP. ( I wanted to state that after Kevin Hoctor’s comment on twitter.)

Vista has moved XP into a more secure environment but along with it came UAC, which to this day annoys me and makes me feel like I have to do three steps when I only used to have to do one in XP.

So before committing myself to running a beta product that is supposedly faster than its predecessors, I put it onto a Virtual PC.

Certain UI elements (like the Taskbar Properties) have been cleaned up for which I’m thankful. I still DON’T like the new Start menu – I don’t think it’s taken me away from SlickRun.

I did get some BSODs when installing the Virtual Machine Add-ons ( I couldn’t give it as feedback using MS connect – although part of the program, it wouldn’t say I was part of it). 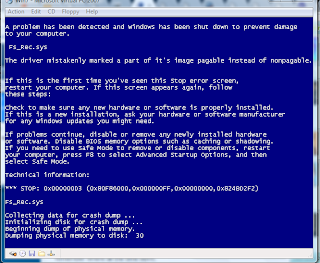 Still, I installed Foxfire! ( a VFP app) on it (and while I had to Run As Administrator to get it to work), it worked fine.

I noticed Alec Saunder‘s twitterss was nothing some performance degradation but the jury’s still out and it IS still a beta. I was comforted by John Koziol’s comments on a FoxShow, suggesting that with Windows 7, they have gotten rid of a lot of the excess baggage that Vista had with it.